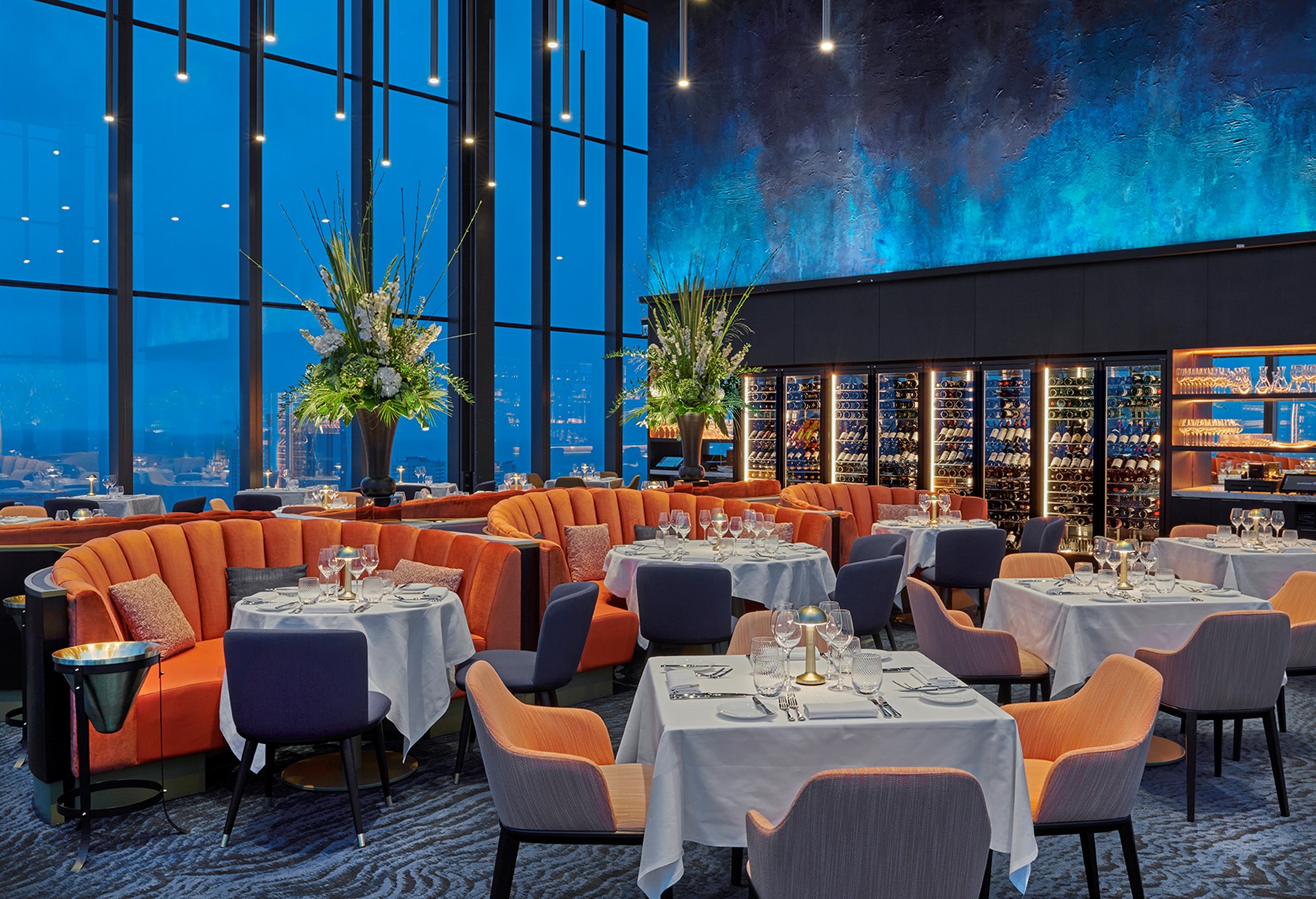 The highly-anticipated opening of Birmingham’s newest restaurant, café and bar has been announced, with Orelle set to open its doors on Friday 14th October.

Located on the 24th floor of 103 Colmore Row, the 3,767 sq ft double-height restaurant will be set against a backdrop of unrivalled, 360-degree panoramic views across the city and beyond, making it a unique addition to Birmingham’s food and drink scene.

From 12pm – 1am, a modern French menu will be served by a team led by executive chef, Chris Emery, who joins Orelle following positions at The Alice in Oxford and Jason Atherton’s Michelin-starred restaurants, Pollen Street Social in London and The Clocktower in New York.

Offering a contemporary take on classic French recipes, Emery’s menu has been designed to showcase the best of British produce, and celebrate the stories behind locally-sourced ingredients. Dishes include blackberry cured ‘Truite’ for starter; ‘Porcelet’ suckling pig and ‘Citrouille’ tagliatelle for mains, and a venison, grouse and chicken wellington ‘En Croute’ for sharing.

Alongside Emery’s menu is an extensive list of wines, spirits and more than 20 cocktails that have been created by Tiago Bastos – who previously worked at The Grand Hotel and The Edgbaston Hotel. The signature Orelle cocktail, ‘Gold 75’, features Tanqueray 10, Choya Yuzu, fresh lemon and Taittinger NV Brut Champagne, while the curated wine collection showcases the vineyards of France and beyond, with labels including the 2013 Le Soula, Cotes Catalanes and 2014 Ségla, Margaux from Bordeaux.

Orelle’s interior has been created by architects Doone Silver Kerr, now incorporated into Ryder Architecture. The design pays tribute to the site’s heritage as the former National Westminster House, whilst drawing influence from the nearby Jewellery Quarter. Features include finely detailed golden metalwork and richly veined marble floors.

The restaurant wall will also showcase a hand-painted mural by local artist, Anita Roye, whose father worked in the Jewellery Quarter. This specific piece of work takes inspiration from an uncut gemstone, and seeks to evoke the energy that Birmingham people bring to the city.

On the ground floor, Orelle’s 38-cover café and 28-cover outdoor terrace will be open from 8am – 11pm, serving freshly prepared breakfasts, brunches, lunches and afternoon tea. In the evening, the space will evolve into a cocktail bar.

Orelle is the first venture in the Midlands for hospitality group, D&D London, joining its portfolio of more than 40 diverse restaurants, bars and a hotel in the UK, Paris and New York.

Find out more at: orelle.co.uk. 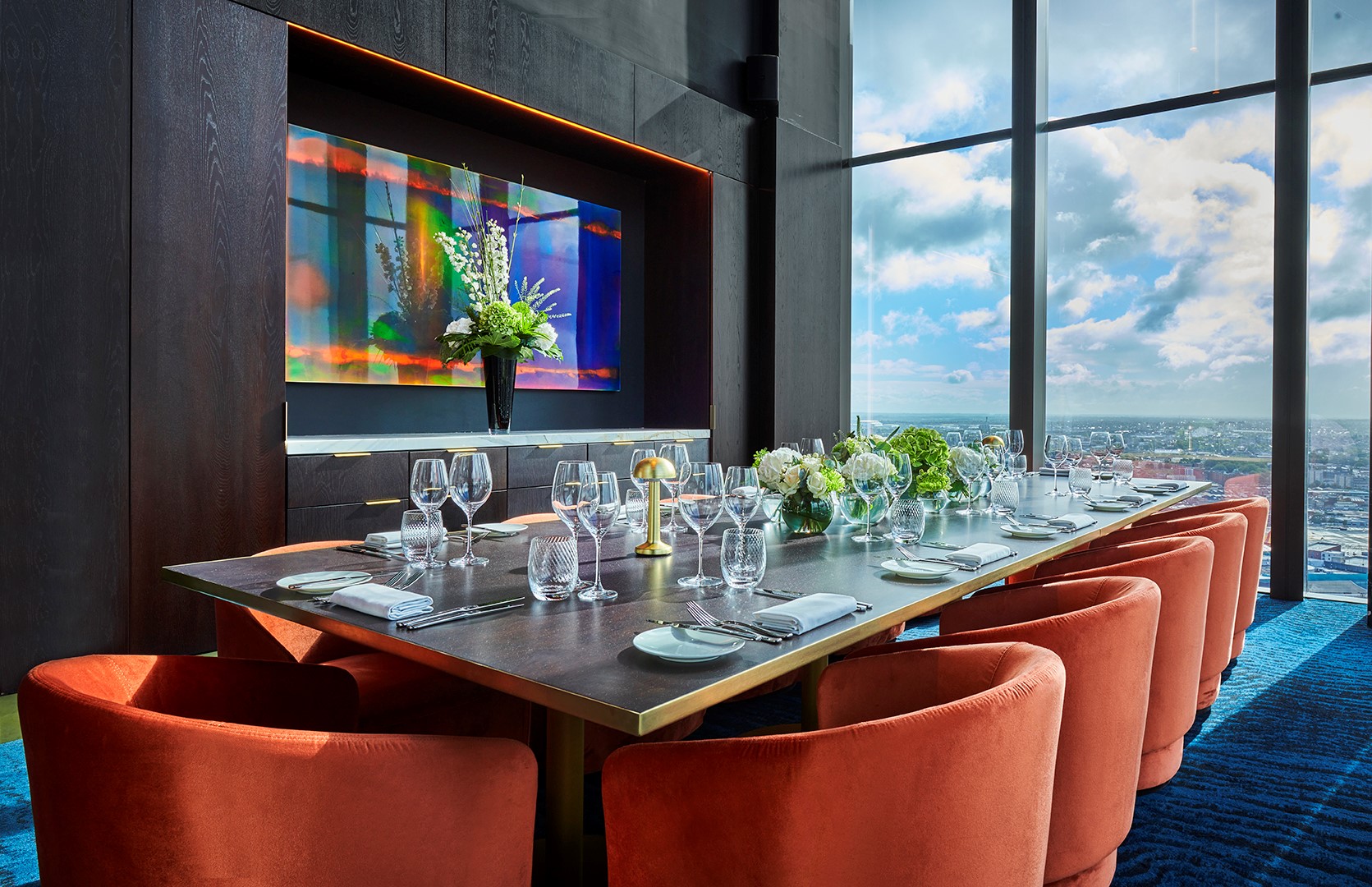