The ornate banking hall doors from the former NatWest Tower on Colmore Row have been returned to their original home nearly 50 years after they were first hung.

The NatWest Tower was demolished in 2015 to make way for Birmingham’s tallest office tower, 103 Colmore Row.

Following an appeal from the family of the doors’ designer and maker, Henry Haig, the developer of the new building pledged to salvage them and return them to site.

Dorset-based Henry Haig (1930 – 2007) was an artist and sculptor. He was particularly known for his stained-glass commissions, which appear in churches and cathedrals around the country. In the 1960s/70s he produced works – including large-scale murals – in pre-cast concrete, aluminium, vitreous enamel and cold-cast bronze. As part of the 1960s/70s building boom, Haig was commissioned to produce works for commercial buildings, including the doors to Birmingham’s NatWest Tower.

The doors, which include an early incarnation of the NatWest logo, were fashioned using hand-moulded and sculpted clay, from which a plaster cast was made. A fibre-glass mould was then made for the final casting in aluminium.

Members of the deceased artist’s family, including son Alistair and daughter Imogen, visited 103 Colmore Row to view the restored doors, which now hang in the building’s D&D-run ground floor bar and cafe, Orelle.

Alistair Haig said: “As children we grew up in a home surrounded by our father’s art, with his workshop and studio adjacent to the house. To see him working on commissions was a normal part of everyday life, and he – and our artist mother – always encouraged us to be creative, including playing and working with clay and plaster.

‘As the eldest, I have very vivid memories of the banking hall doors being made. We are so thrilled the doors have been restored to their former glory and considerately incorporated in the new building where they can be viewed by visitors.”

Imogen Haig added: “We’d like to thank everyone involved in the new 103 Colmore Row for recognising the importance of our father’s contribution to Birmingham’s public art heritage, particularly from this era, and for having the vision and integrity to incorporate the doors into the new building. His work reflected his belief in acknowledging the past whilst being anchored in the present and we think he would be delighted with their new location. Thank you!”

Andew Hawkins, development director of Sterling Property Ventures, said: “To inherit these wonderful doors from the original building was an absolute gift. They were in a prominent place on Colmore Row for nearly 50 years and had become a much-loved part of the streetscape. It has been our pleasure to restore them and return them to a public place.”

David Loewi, CEO D&D London, said: “We feel very privileged that Orelle, our recently launched restaurant, cafe and bar, now houses the magnificent and iconic original banking doors for all our customers to view on their way to our restaurant on the 24th floor.”

Tristan and Sterling also commissioned an original piece of public art for 103 Colmore Row. The ‘Equinox’ sculpture, by the late Wolverhampton-born artist John Pickering, is suspended above the building’s four-storey colonnade. 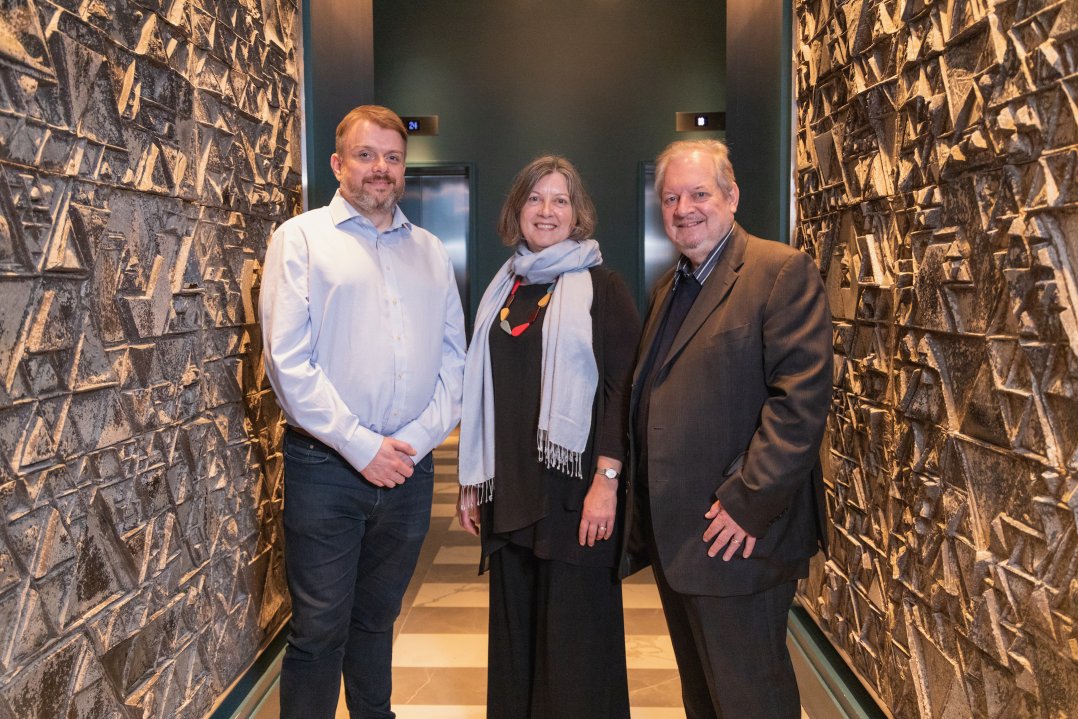